Hussina Raja’s debut short film portrays the generational lived experience of a South Asian family who migrated to the UK. Spanning three generations and based on her family’s experience, ROOTS explores the obstacles of acceptance that come with living in a foreign land and how each generation’s position evolves as they embrace this life.

Q: This short film is a deeply personal portrait, what inspired the making of ROOTS?

ROOTS came about as a response to the under-representation and lack of recognition of British minorities. It was born in the throes of the political upheaval that is Brexit, and the painful reality of the refugee crisis. ROOTS forms part of a larger body of work recognising and celebrating the history of British minorities. It’s a reflection of what British culture actually comprises.

I first experienced the question, ‘but where are your parents from?’ whilst travelling. I’d stopped in Marseille for a couple of months and my boss asked me the question, not fully convinced with my first answer of ‘Luton’.

I’d not felt any malice or ulterior motive in that question before. Having spent a large proportion of my young adult life living in London, I was immersed in a plethora of ethnicities, races and cultures spanning all the surfaces of the world. The move to London from Luton has always felt like a huge transition in my life despite the short distance. So naturally, the question ‘where are you from?’ for me felt like an inquisitive curiosity about my cultural background. The same way I’d ask that question because I was so keen to learn something new about someone else’s life. On this occasion, this wasn’t the case.

The same question continues to be faced with contention, defensiveness and frustration because of its loaded-ness, limiting the respondent’s answer. The context and person asking the question is more important now than ever before, especially in a post-Brexit, COVID-19 world where xenophobia and racism are rife. This doesn’t come as a surprise when politicians such as Nigel Farage and Boris Johnson’s Leave campaign was based on propaganda and the scapegoating of immigrants. Community cohesion was ultimately jeopardised when such rhetoric was endorsed, leaving vulnerable migrants to be further stigmatised and targeted. 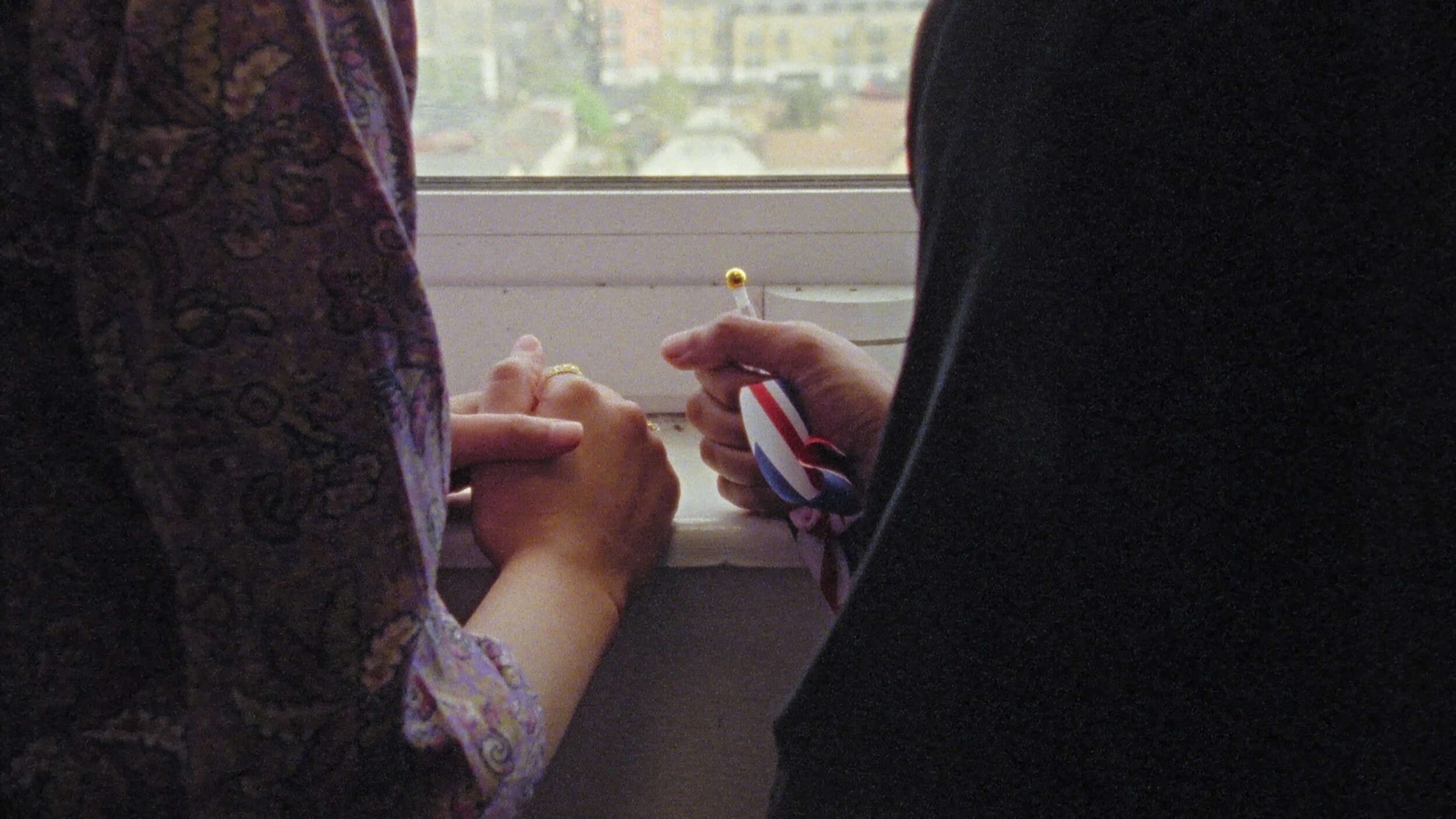 Q: Despite Britain being a very multicultural society, nuanced narratives of South Asian backgrounds are lacking. What are your experiences and how do you combat the absence of such coverage?

Growing up in the UK, I spoke English with my friends at school and a dialect of Urdu at home. I ate traditional Kashmiri food, adhered to the customs and traditions of my South Asian culture, as well as adopting British values. I took part in Ramadan, celebrated Eid as well as Christmas. My experiences brought up questions about my identity as I grew older. For instance, back home is a term that I’m familiar with, it’s a reference to Kashmir where my parents were born – but not me. It’s a home I recognise but one I’m not part of.

Partition is central to my Kashmiri identity and my understanding of how my country of origin remains disputed territory to date. Pakistan administers Azad Kashmir and India administers Jammu Kashmir, creating a division meaning I can’t obtain a visa to India as my lineage traces to Pakistan-Occupied Kashmir. To imagine it was all one country once, yet borders now separate communities which coexisted side by side for centuries until 1947.

It’s common not to be considered one of us when visiting the motherland, and equally to question one’s Britishness in the UK when asked ‘but where are you really from?’ The feeling of not fitting in is inherent in both spaces. I navigate two different identities depending on the environment and the person before me. Many second-generation Brits grapple with negotiating a dual-identity. This normalisation continues as long as there is no questioning of our history or dismantling of existing power structures. Stuart Hall stated, ‘We are here because you were there,’ yet mainstream education fails to address the impact of colonial rule on British identity, leaving many of us struggling to find a sense of belonging.

The same immigrant workers at the forefront of the COVID-19 pandemic who lost their lives saving others were amongst those scapegoated during the Brexit ‘Leave’ campaign. The Windrush scandal exposed the discriminatory and wrongful deportations of Caribbean immigrants. Shamima Begum, a British teenager of Bangladeshi origin was controversially stripped of her citizenship by then Home Secretary Sajid Javid. These are all examples of the government’s failings towards British minorities. The fear of being sent back home is all too real, and thus the notion of belonging continues to remain unsettling.

I think of my parents when they first arrived in 60s Britain in the face of hostile anti-immigrant rhetoric exemplified by Enoch Powell’s ‘Rivers of Blood’ speech. I think of myself, as a British citizen, as an actress and as an artist, feeling other when ticking the Equal Opportunities form, identified by my race, faith or ethnic origin but almost never accepted as being just British. I am constantly reminded that British minorities continue to experience inequality, underrepresentation, and lack of opportunities in comparison to their white counterparts despite their contribution to British history, society and culture.

Being my own storyteller and creating opportunities for myself is empowering. My research continues to grow as a body of work, currently in the form of a documentary and archive of oral histories of the South Asian diaspora. Rather than waiting for my history to be told or included in the curriculum, I am submitting it myself, honouring it through my artwork with the intention of continuing the conversation, because We Are Here!

Q: How does being viewed as a British citizen affect your day to day life?

Regardless of my British upbringing, I’m not what one might consider ‘English’ on their screens. You’ll have to tune into Downton Abbey to get a better picture of how colonial period dramas continue to dominate our vision of Britishness. It is a nostalgic, outdated take on what British society looks like, thus pigeonholing talented actors of colour to rudimentary roles.

I regularly walk into casting rooms auditioning for parts that are culturally specific to my race or ethnic background. If ever I’m up for the part of a Laura, or an Amanda it’s because the producers are looking to diversify their production. A gesture that becomes entirely tokenistic and a practise that is common knowledge in the industry. Much criticism has been voiced in recent years with campaigns demanding more representation in the arts, #OscarsSoWhite or previous BAFTA nominations highlighting the lack of recognition of artists of colour, are to name but a few examples. The reason Great Britain is losing its homegrown talent to the US is that artists of colour leave in search of opportunities that define them beyond their aesthetic, and allow them to exercise their versatile talents without being boxed-in, or stereotyped to fit a preconceived notion defined by racial tropes. However, I am not naive in recognising the US isn’t without its problems in dealing with its many social-political issues, as the world has witnessed the ugly faced era of Trumpism.

More recently, when the actor Lawrence Fox criticised the inclusion of a sepoy soldier, played by actor Nabhaan Rizwan, in Sam Mendes’ award-winning film 1917 based on WWI, it’s easy to see his discomfort is based on his version and acknowledgement of history. His commentary only feeds further into the ignorance possessed by such individuals who either choose to remain uneducated or actively unaware of the sepoy soldiers who fought in World War I & II. These soldiers made a huge contribution to the British Army and fought on the false promise that India would be given its independence. To date, sepoy and African soldiers who gave up their lives defending the British Empire were neglected and have been erased from that historical narrative, with November 11th a reminder of those forgotten. Sadly, sepoy soldiers are not celebrated for their participation, but rather stigmatised by some of their own communities for playing into the hands of their oppressors. Yet these brave soldiers served and died fighting an unknown enemy in the hope of freedom.

While we continue to battle the unjust revelations of the pandemic against minority groups, the Black Lives Matter movement, daily microaggressions, or a continued lack of appreciation for these groups and their efforts to make Britain great, we let the actions speak for themselves. ROOTS in its small way is part of that action. What has surfaced in recent years is the strength in these communities to challenge injustice, stand up against oppression and voice their dissatisfaction. Whether it’s to be heard or not, let it deafen those who choose to ignore it.